Warning: scandir() [function.scandir]: (errno 2): No such file or directory in /home/content/82/6039282/html/_sites/laurapauling_com/wp-content/plugins/better-wp-security/core/modules/backup/class-itsec-backup.php on line 273
 That one-two punch at the end of a story. (Plot Busters) | Laura Pauling

That one-two punch at the end of a story. (Plot Busters) 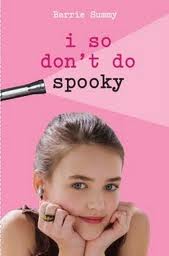 Okay, this is our last day to spend with this middle grade story that packs a lot of humor and heart.

Let’s talk about Act III. The ending. What some people claim to be the most important part!

Break into three: (external and internal conflict combine for the solution)

I wouldn’t say that the external and internal storylines combined here but they do later. I knew Act III started when her and her mom have a pow wow to make plans with one day left!

I loved the climax of this book. I’ll just say that Sherry meets the ghost one on one in a graveyard to “catch” him. The climax was everything it should be: suspenseful and emotional.

The cool emotional stuff that really sold me on this book is what made the climax though. Sherry gives the ghost some real time with his sister.

And then, she makes the biggest self sacrifice of all. She realizes that she talks to her mom on and off, where her brother doesn’t at all. So she gives up her 5 minutes that she’s been working toward and gives them to her brother! I was bawling. And honestly, it made this book rise to the top!

Final Image: (Opposite of the opening image)

In the final couple chapters, everything comes full circle. Sherry is respecting the Ruler. She’s being more accepting of her best friend’s boyfriend choices. And she has grown by giving up her real time to her brother.

Best ending ever for this story.

What worked for me?

Have you read any stories lately with an ending you loved and you knew you’d read the next one?

← Friday 5 – The iBook Author App and agents as publishers.
What does a tween angel and a fog train have in common? →

13 Responses to That one-two punch at the end of a story. (Plot Busters)