Warning: scandir() [function.scandir]: (errno 2): No such file or directory in /home/content/82/6039282/html/_sites/laurapauling_com/wp-content/plugins/better-wp-security/core/modules/backup/class-itsec-backup.php on line 273
 Laura Pauling | Tag Archive | self publishing
Tag Archives | self publishing

Open mike at Laura’s! Stop on by. 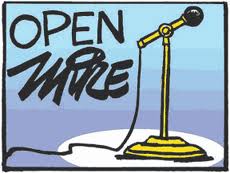 Sigh. I love my followers. They are so gracious and full of wisdom.

That was my last comment on Friday’s post. We’ve been talking about Nathan Bransford’s attempt at self promoting, which did end up with sales. He reminded his readers and some of them responded very positively. #goNathan

You’ve been listening to me ramble on about agents, promotion, and the publishing industry. You’ve offered up your wisdom and opinions in the comments. I love that we all approach publishing from a different angle with different experiences. I love that we will all choose our own path.  #stillfiguringoutmypath

So, it’s your turn. What have you been thinking about? Have you read an awesome book this summer? What are your concerns with where you are at in the publishing journey? What are you doing this summer to grow as a writer? Tell me one thing you learned this last month concerning your writing? #plentyofquestions #answerone #noexcuses  #humorisallowed

What exactly is self promotion in today’s world publishing? (part 2)

What exactly is self promotion in today’s world of publishing? (part 2)

I’ve had more than one writer tell me they couldn’t self publish because they are not good and/or terrified at self promotion. What do you think you’re going to have to do when you publish traditionally?

So if you traditionally publish, who is going to keep your book in print? Who is going to make sure it does sell through?  #rhetoricalquestion

Self promoting is hard work. But I disagree that it has to suck.

What is self promotion?

I hate to break it to all of you, but self promotion is now part of being a writer. Even if you’re traditionally published.

And if you want further reading, I highly recommend these three e-books. It’s for everyone, however you publish.

They all approached self promotion in a grassroots sort of way – taking the time to build relationships. It’s worth reading one or all of them if you are trying to figure out how to promote your books.

How would you finish the statement: Self promotion is… Do you agree or disagree that as writers we need to learn to embrace self promotion in all its forms and stop telling ourselves it sucks?

WARNING: Changes in publishing industry may cause whiplash.

By Laura on July 6, 2011 in publishing industry

I am absolutely fascinated with the changes happening monthly. The contradictory articles and posts written by people within the same industry are extremely informative. And interesting.

Here are just some of the issues causing my head to spin:

No one has all the answers. Each month the industry changes. No one seems to be totally right or totally wrong. And I think it’s awesome.

I have come to one solid truth. Only you can decide what is right for your career. But whatever you decide. DO THE RESEARCH. Know your options.

As a writer, I feel like I’m in the middle of a revolution. The opportunities have never been better. I don’t know my path yet. I’m not fully decided. That’s why I’m doing the research. Every Wednesday, I’m going to provide one of the following: links, a response to a blog post, a thought provoking question, or an Indy book review. Something that pertains to this publishing revolution. And it’s relevant to all writers whether you have an agent or not and whether you are published or not.

Here’s one article to get us started. It’s about self publishing being the new midlist. You might have read it.

Have you been paying attention? What do you think?  *hands out warm compress*