Some book love for The Star Thief!

Where I go on and on about books I love.

I’ve read a lot of good books lately, but I wanted to spotlight one I read a couple months ago.

The Star Thief by Jamie Grey.

This book surprised me and I’m not even sure why. I’d never tried this author before, but the word thief in the title caught my eye, because I love stories about thieves. And the cover is awesome! Once I started this story, I couldn’t put it down but read through one action-packed scene to the next, because I had to know what happened! The writing was excellent, and I wanted to know what happened to the main character.

The sequel, Athena’s Ashes comes out this summer, and I can’t wait! Click on the cover for Amazon. If you’d like a peek at the cover for the sequel head on over to Jamie’s blog. It’s pretty cool. 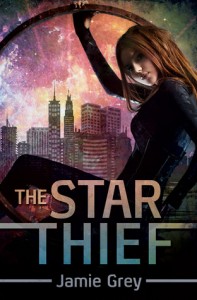 It’s been a week since the New England SCBWI conference. I keep seeing recap tweets and blog posts, and most of them are saying something about being brave. This unnamed courage that applies to anyone expressing themselves creatively.

And, of course, I got hit with plenty of chances to show courage this past week. Not in a way that anyone would notice. My life is continuing. I met my word count, and I see the finish line for this current novel. I can sit down and write every day. That’s not a problem.

As an Indie author, I run a business. And that means I need to balance between loving what I write and considering the market too. There’s sticking somewhat to my brand while improving my craft while also being open to try new things.

I want to explore with my stories. Brave things. Scary things.

I want to experiment.

That said, I’m really struggling with what to write next. I have several ideas, and to be honest, they are all calling to my heart in the same way. I want to write all of them. I try not to write anything I’m not completely one hundred percent in love with and passionate about.

As I finish writing this current work, I’m struggling to decide if this was a good practice manuscript, but not something I should pursue. What comes next?

I’ve gone round and round, and I might possibly have reached a decision. Deciding what to write next, to spend months working on, takes a lot of bravery. So I keep returning to the theme for NESCBWI.

The start of a new series!

Most likely, you’re aware that IndieReCON happened a couple weeks ago. So many of the vlogs and articles are good reminders that I’m either on the right path or I need to tweak my path a tiny bit.

Susan Kaye Quinn talked about Facing your Fears in a nifty Prezi presentation. One thought struck home with me. That is when she mentioned how fear is present when we make ourselves vulnerable. Maybe we’re not sure how people will respond to our thoughts, presentation or our stories.

I’ll admit. I struggle with this fear on a somewhat consistent basis.

That’s why it’s about time I make myself vulnerable and reveal the title and premise of the first book in a new YA romantic comedy series. As of now, I hope to release book one in May of 2014. This spring. Just a few months away.

In fact, I added it to Goodreads last week. I loved writing this story and am truly excited to release it into the world. Okay, nervous too.

Cassidy decides her senior year, including prom, will be about Michael Greenwood, the boy destined to be her soul mate. One problem. He hasn’t figured that out yet.

But certain events meant as innocent pranks—that weren’t completely her fault—introduce her to Zeke, the reformed bad boy. And cutting deals in the boys’ bathroom with Jasper, the hottest guy in school, lands her in a complicated web of half-truths that spirals out of control.

At the end of the year, she’s dateless the day before the big night but risks a lot more than her pride if she can’t find a way to fix her mistakes.

A modern-day Shakespearean-like romantic comedy in the world of teens, true love, and life.

The cover reveal will be happening on April 7th. You can sign up to help reveal it here!

And for the first time I created a trailer. Eek! Which will be revealed later on.

Another point, Sue brought up is that fear is a signal; and sometimes, if we’re a bit scared of a project, then that’s probably the one we should work on. I’ll definitely be on the lookout for that fear signal when I’m considering what project to work on next.

Have you made yourself vulnerable lately?

By Laura on February 12, 2014 in publishing industry, Writing

Welcome to what is the last Indie Life post. The Indelibles have streamlined their efforts as we are all busy writing and publishing. Thank you for joining us for the last one! Visit the Indelibles for all the links. 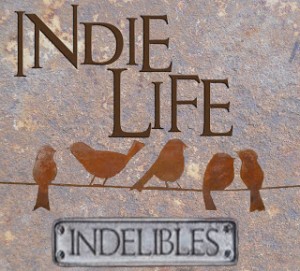 I’ve been thinking about risks and mistakes and how it’s almost impossible not to make them.

I don’t mean obvious ones like not hiring an editor. I mean subtle decisions that arise that don’t seem to have a right or wrong answer. Like our sales are down or never took off – does that mean I need to redo the cover? What about paying big bucks for ads or joining a costly Net Galley co-op? What about investing in print books and attending a signing?

What are some potential risks you have taken on the Indie journey?

Marketing: What works? What doesn’t?

By Laura on January 20, 2014 in publishing industry

Do you ever wonder why some books become bestsellers while others can barely be given away? Why some businesses succeed and others fail? How does a blog post or a YouTube video manage to go viral? Is it a matter of luck or is there some magic formula for success?

Thanks to the hosts for this marketing blog hop: Arlee Bird, Yolanda Renee, Jeremy Hawkins, and Alex J. Cavanaugh. Click on any of their blogs for all the links. 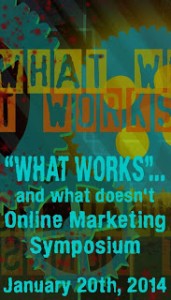 I’ve asked myself the answers to these questions all the time! I’ve done a lot of observing on book launches and marketing strategies for both traditional and Indie books to see what works.

You could seriously drive yourself absolutely crazy trying to follow all the marketing advice out there, thinking that’s what will bring success.

I’ve seen Indie authors do everything they can from blog tours, to ads, to giveaways and their book never really takes off and vice versa.

1. Write the next book.
2. Connect with readers. (This is much easier to do when fans seek you out, not the other way around.)
3. Build my email list. (Slowly but surely.)
4. Offer free or loss leader books. (You can download Vanishing Point, the prequel to my spy series for free.)
5. Brainstorm creative more long lasting ideas for the launch of the first book in my new series this spring. For example: a free short story with an excerpt.

I’m looking forward to what everyone else has to say, but I’ll be honest. I’ve become more of a cynic when it comes to marketing. That’s why my biggest motto will be to focus on the aspects of my writing and publishing that I can control.

Do you agree, disagree with my observations?