NESCBWI and an official book release!

Last night I tried to make blueberry streusel muffins. The key word being tried. I added double the amount of oil so had to try and double everything else. I dropped an egg. And then I forgot to add the topping before they baked.

I blame pure exhaustion and the fact that I’m still running on low.

But as always the conference was incredible. I got to hang with all my writing friends who over the years have turned into close friends. I met and roomed with my blogging friend Sue Quinn. I love meeting blogging friends! Plus, I sat in on her self publishing workshop. #awesome

Talking about writing and Indie publishing is always inspiring. And this year, on panels, agents stated that self-publishing is a viable path. Very different from two years ago. Times are changing. But we all knew that.

On top of all this, I released Prom Impossible a bit early to make sure it was ready to go for the Book Blast on May 13th! Yay! I had a lot of fun writing this story. I hope you love it too! 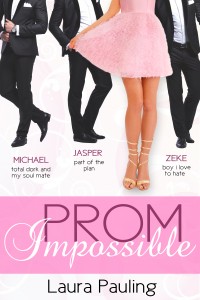 Thanks for stopping by! And have a great week!

There’s something magical about a cover reveal.

Enter the rafflecopter below to win one of five e-arcs!!!! 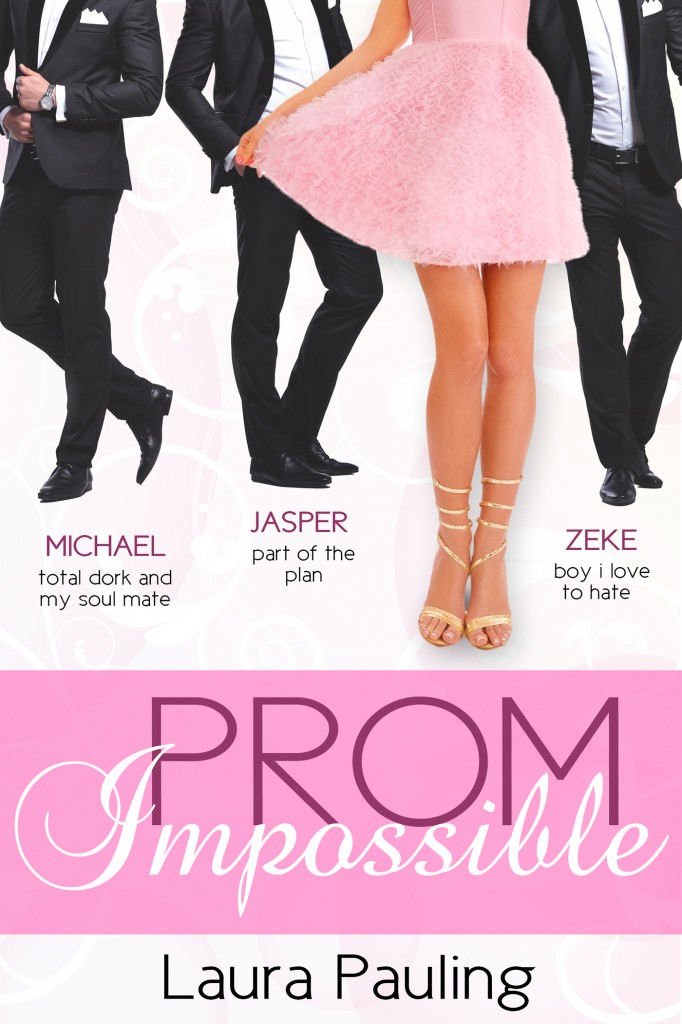 Cassidy decides her senior year, including prom, will be about Michael, the boy destined to be her soul mate. One problem. He hasn’t figured that out yet.

But certain events meant as innocent pranks—that weren’t completely her fault—introduce her to Zeke, the reformed bad boy. And cutting deals in the boys’ bathroom with Jasper, the hottest guy in school, lands her in a complicated web of half-truths.

At the end of the year, she’s dateless the day before the big night but risks a lot more than her pride if she can’t fix her mistakes.

Prom Impossible is a modern-day Shakespearean romantic comedy in the world of teens, true love, and life.

Would you like to win an e-arc? Just help share the cover love with the rafflecopter below. Come back this Friday for the trailer reveal and more chances to win!
a Rafflecopter giveaway

The real Hollywood mystery that inspired The Gatsby Game by Anne R. Allen!

Welcome to day 2 of the blog series celebrating the release of A Spy Like Me!

Today let’s welcome Anne R. Allen and she’s giving away an ebook of The Gatsby Game.

Anne R Allen stormed the blogosphere and made her mark with her wise words and her fiction. One of her many novels is The Gatsby Game:  The nanny didn’t do it! A romantic comedy/mystery based on a real unsolved Hollywood mystery.

Anne R. Allen is the author of five comic mysteries that debuted in 2011 with two publishers: Popcorn Press and Mark Williams international Digital Publishing.— FOOD OF LOVE ,  THE GATSBY GAME , GHOSTWRITERS IN THE SKY (October 2011) SHERWOOD, LTD  and THE BEST REVENGE (December 2011)

Due in June 2012: HOW TO BE A WRITER IN THE E-AGE—And Keep Your E-Sanity! co-written with PAY IT FORWARD author Catherine Ryan Hyde. Anne has a popular blog she shares with New York Times bestselling author Ruth Harris.

Anne is a graduate of Bryn Mawr College and spent twenty-five years in the theater—acting and directing—before taking up fiction writing. She is the former artistic director of the Patio Playhouse in Escondido and now lives in quiet, foggy Los Osos, CA—the perfect place to write.

Now read on for the juicy details! Take it away, Anne!

The Real Hollywood Mystery That Inspired The Gatsby Game.

When I was in college, I dated a man named David Whiting—an odd duck who seemed to live in an F. Scott Fitzgerald fantasy world. A couple of years later, he was found dead in actress Sarah Miles’ motel room during the filming of a Burt Reynolds movie.

His death sparked a huge scandal, because Ms. Miles was married and Burt Reynolds was her alibi for the time of David’s death—around 3:00 AM. Tabloids even accused Burt Reynolds of murder. Friends suspected suicide or an overdose. But the forensic evidence wasn’t conclusive. The coroner finally ruled it an accident.

But I knew things about David most people didn’t—he once said I was the only person who really knew him—and I’m pretty sure I know what happened that night.

For decades, I’d mulled over the story, unsure of how to tell it. But when I was in England promoting my first novel, Food of Love, I came across Sara Miles’ autobiography in a used bookstore, read the chapters about David, and the seeds of a novel began to grow.

David had been a true “ladies’ man”: he had no male friends and collected gorgeous, wealthy girlfriends the way Carrie Bradshaw collected Manolos. He wasn’t wildly handsome, and his pretentiousness bordered on the comical, but somehow he always ended up with some supermodel or movie star on his arm.

I can’t imagine the women didn’t see through him as easily as I did. Like me, I suspect they were intrigued by the occasional glimpses of a real person underneath the phony surface—a person in a lot of psychic pain.

He made it clear to me from the beginning that I wasn’t A-list enough for girlfriend material. He once said he “couldn’t allow himself to date a woman with less than $20,000 in her checking account.” (I used that quote in the story, giving him a toxic social-climbing mom.) We didn’t have the term “friends with benefits” in those days, but that would have described our relationship. I dated him mostly because I found him hilarious. Every date was a piece of performance art.

Because I wasn’t emotionally into him, I found his fabulist lies and weird way of sneaking into my room and rearranging things all part of an ongoing joke.  I hadn’t yet seen the classic film “Gaslight” and wasn’t aware how terrifying “gaslighting” can be.

It wasn’t until I read Sarah Miles’ book that I realized how David hooked his prey. He made himself indispensable—taking care of everything from getting the best table at trendy restaurants to financial, career, and even medical advice.

Then he would make them think they couldn’t live without him. He would start by “gaslighting”: making the women believe they were crazy or incompetent and unable to function without his help.

When they’d try to break away, he’d use the secret weapon of so many abusers: self-pity. As a character says in the novel “Faking suicidal despair was one of his favorite methods of courtship.” (Which is why his death is still often called a suicide, although he only had trace amounts of drugs in his system.)

The characters in The Gatsby Game are totally fictional, and I’m not sure what Ms. Miles would make of the character of Delia Kent, the movie star who befriends—then is almost destroyed by—the Fitzgerald-obsessed con man I call Alistair Milborne. I added a smart-mouthed nanny who first falls for Alistair, then hates him, and finally forgives. I call her “Nicky Conway” as an homage to Nick Carroway, the detached narrator of Fitzgerald’s classic novel, The Great Gatsby—Alistair’s obsession.

Although it’s Alistair’s story, it’s also Nicky’s—the story of an innocent young woman accused of murder—who fights to make her own way in the world and ultimately triumphs, finding real love along the way.

When Fitzgerald-quoting con man Alistair Milborne is found dead a movie star’s motel room—igniting a world-wide scandal—the small-town police can’t decide if it’s an accident, suicide, or foul play. As evidence of murder emerges, Nicky Conway, the smart-mouth nanny, becomes the prime suspect. She’s the only one who knows what happened. But she also knows nobody will ever believe her. The story is based on the real mystery surrounding the death of David Whiting, actress Sarah Miles’ business manager, during the filming of the 1973 Burt Reynolds movie “The Man Who Loved Cat Dancing.”

To enter, please leave a comment and tweet with @laurapauling. If you tweet more than once or blog about this series then add another comment with the link. Winners will be announced on Saturday so you’ll have all week to enter and promote.

Thanks everyone! Lets show our love and support for Anne!