Warning: scandir() [function.scandir]: (errno 2): No such file or directory in /home/content/82/6039282/html/_sites/laurapauling_com/wp-content/plugins/better-wp-security/core/modules/backup/class-itsec-backup.php on line 273
 Random Acts of Publicity: Treasure in the Flame! | Laura Pauling

Random Acts of Publicity: Treasure in the Flame!

By Laura on September 6, 2012 in book reviews, guest posts

Back again for another book recommendation! At the end of this post you will find a…giveaway!!!!! 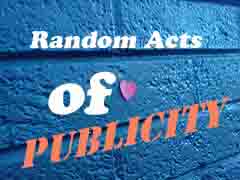 Every Tuesday night, 9 p.m. EST, I hang out at #indiechat and talk shop. I met Brenda and learned she’d just recently released her first YA novel! So I invited over to tell us a little bit about the story behind her story. Because I love those kinds of stories. 🙂 Welcome Brenda Corey Dunne! 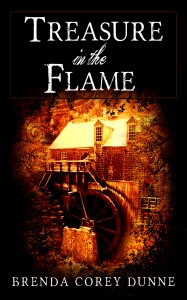 I grew up about ten miles away from a wonderful place called Kings Landing Historical Settlement. It’s a living museum where costumed interpreters cook on hearth fires in two-hundred-year-old farm houses and hammer square nails at a working blacksmith’s forge. I attended a sleepover camp there (wearing costumes and milking cows) when I was nine. My husband and I had our wedding rehearsal party there fifteen years ago. My children have all gone to ‘Visiting Cousins’ camp there and my father now works there.

Being an over-imaginative sort, I got to thinking one day what a great story it would be if you could mix ordinary life at a Kings Landing-like village with magic, treasure and some romance. The idea rolled around in my head while the kids were at Visiting Cousins camp, and solidified over the autumn months while my husband was deployed to the Middle East. I was working on another story in my spare time in the evenings, but the idea was still there, with scenes popping in and out of my head like bad satellite reception.

I heard about NaNoWriMo. With hubby gone I had no big plans (well, no plans at all, actually), the kids were still early-to-bed children…there was no reason I couldn’t do it. So I signed up. With only a loose mental outline, some historical research of names, dates and census data and a very knowledgeable father who worked at ‘The Landing’, I set out on November 1st to write my story.

Well…my husband came back a month early from his deployment and my parents decided to come and visit for a week, but I still managed (after some sleepless nights) to pound out 50,000 words by November 29th. Yay me! If you’ve ever done NaNo, you’ll understand how pumped I was.

It was a good, if short, story…so I had it edited. I played with it a bit. I workshopped it at WriteOnCon and in early spring of this year I decided to self-publish it so that I could share my little adventure with other lovers of the Landing. Maybe even with people across the globe. I had my proofreader do a final pass, and contacted the folks at Streetlight Graphics to make my fabulous cover and help me out with formatting. They also helped a bunch with uploading. TREASURE can now be found here on Amazon. Coming soon to Kobo, Nook and other platforms via Smashwords.

Wow! Thanks Brenda. Sounds like your story has a lot of personal connections and meaning. That’s wonderful! And guess what everyone?

Brenda is offering a print copy to one random commenter and 5 ebooks to the first five to comment! Woo hoo! Check out her book at Amazon to read the opening.

Brenda Corey Dunne currently lives in Eastern Ontario on a small hobby farm with her family. When not writing, she works as a physiotherapist well fuelled by caffeine. She can also be found holding a horse, returning late library books or playing in the dirt. She blogs at brendacoreydunne.blogspot.ca and tweets as @overdunne. TREASURE IN THE FLAME is her first novel.

A Spy Like Me, Brenda Corey Dunne, indiechat, Laura Pauling, Random Acts of Publicity, self publishing, Treasure in the Flame

17 Responses to Random Acts of Publicity: Treasure in the Flame!