Warning: scandir() [function.scandir]: (errno 2): No such file or directory in /home/content/82/6039282/html/_sites/laurapauling_com/wp-content/plugins/better-wp-security/core/modules/backup/class-itsec-backup.php on line 273
 Onsite research for HEIST at the Gardner Museum. | Laura Pauling

Onsite research for HEIST at the Gardner Museum.

It was a hot, sticky day in August, when I walked through the Isabella Stewart Gardner Museum in the summer of 2010. The cooler temperature of the building was a much-needed relief. My husband and I spent our anniversary in Boston, so I included this necessary stop all in the name of research. 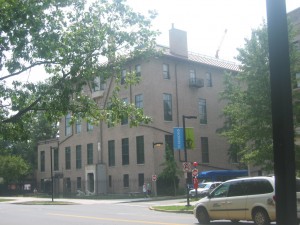 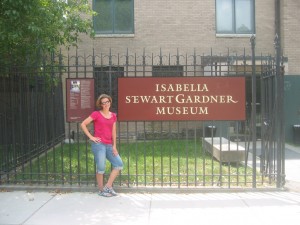 At first, I was disappointed when I learned I couldn’t take inside pictures and I couldn’t use a pen to take notes. But, of course, I should’ve realized. The art in this museum is worth billions and they guard it carefully.

I asked about the 1990 heist, and they pulled out a photo album. The lady seemed a little annoyed as if they were tired of the fame of the heist instead of the art that remained on the walls.

I strolled through the museum, trying my best to follow the path of the thieves, soaking in the mystery. I sat on benches and recorded sights, smells, sounds, textures, tiled floors, the lavish decorations, grand ballrooms, and the flowering courtyard that sits in the center of the museum.

Then we toured the building. A thrill went through my chest at the sight of the empty frames, along with a little bit of sadness. What makes a heist so fascinating? Maybe it’s the fact that this was never solved (until recently) and due to Isabella’s will, nothing can be changed in the museum. Hopefully, the art will be found in the near future and returned to their rightful place. When it does, I’ll be sure to visit again.

I toured the grounds outside, walked down the narrow side street that coils around the building. When I found the small park, if it can be called that, next to the museum, the writer in me grew excited, because I could use that space for the art festival that Fiasco and Jetta visit.

Then I toured the public garden, walked the wide-paved paths, let my fingers trace across the heads of the ducks from the famous book, Make Way for the Ducklings. I found a bench in the shade, pulled out my notebooks, and took notes on the sights, sounds, and smells. 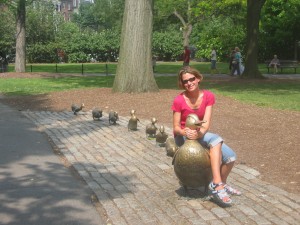 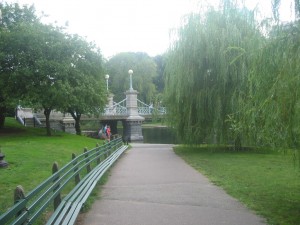 I arrived home, armed with details to add to my story.

Walk in the paths of my fictional hero as he solves this famous art heist. 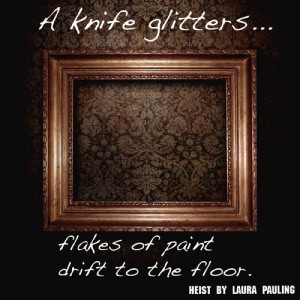 Add to Goodreads and be ready for the release next week! Eek!

← Writing tips from The Music Man.
Indie Life – Heist has been published! →

10 Responses to Onsite research for HEIST at the Gardner Museum.