Warning: scandir() [function.scandir]: (errno 2): No such file or directory in /home/content/82/6039282/html/_sites/laurapauling_com/wp-content/plugins/better-wp-security/core/modules/backup/class-itsec-backup.php on line 273
 Contests, workshops, and news galore! Have you heard? | Laura Pauling

Contests, workshops, and news galore! Have you heard?

By Laura on January 18, 2012 in publishing industry

I love seeing the burst of creativity that is exploding on the Internet from writers I’ve known for the past couple years and ones I’ve recently met.

First, we have a writers’ chat tonight (Wednesday) on the Indelibles blog. It’s not on Twitter. Most of the Indelibles’ authors will be there to answer questions on indie and self-publishing. Just lurk or come with your questions.

Second, Addison Moore signed a contract with Twentieth Century Fox! They plan to make her Celestrial Series into a T.V. series. Huge news! I’m so incredibly happy for her and even though she’s eaten sushi to celebrate – I’m just doing dancing to celebrate! Ew. Raw fish.

In the anthology arena, not only do we have IN HIS EYES being prepped for our Valentine’s Day release but Pugalicious Press is open to submissions for a YA anthology. Check them out!

In the way of online workshops there are some incredible ones coming up. Ali Cross is holding NinoCon on Saturday Feb. 4th. She’s accepting queries now to be critiqued by one of the presenters, Elana Johnson!

Susan Sipal, known for her love for Harry Potter and analyzing the writing behind it, is offering a month long workshop for 10 dollars based on her book: A Writer’s Guide to Harry Potter. I’m sure you won’t regret it! The adventure begins on Monday, Feb. 6th! Sign up now.

Don’t miss out on The Bookshelf Muse and their anniversary contest! Critiques and books from the Indelibles! Don’t miss it.

Okay, I’m almost done with the good news. Many of the Indelibles have books fresh off the press!

Rival Demons by Sarra Cannon is released Friday the 20th but it starts with Beautiful Demons. If you love the HEX HALL series, you’ll love this one too. 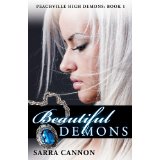 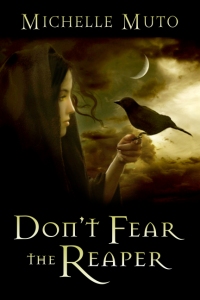 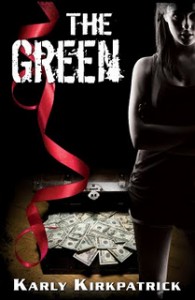 Lots of great stuff here. Hope you find something useful! Anything I missed? Add it into the comments!

← I SO DON’T DO SPOOKY – Act I breakdown.
Will the new Apple author app revolutionize education? (Or not.) →

24 Responses to Contests, workshops, and news galore! Have you heard?