By Laura on May 16, 2012 in guest posts, murder and mystery
Welcome to week 2 of Spies, Murder and Mystery!
We’re celebrating the release of A Spy Like Me:
Stripping your date down to his underwear has never been so dangerous.

Today we have Cindy M. Hogan with us, author of contemporary thrillers, Watched and Protected. She’s here to talk about one of her favorite things…. murder. Mwahahaha!
Blog ~ Facebook ~ Twitter 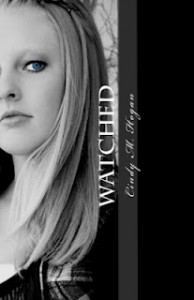 The game I loved to play the most when I was in grade school was Clue.

I rocked it, too. In fact, I’d win every time and it didn’t involve cheating. I remember the day I realized that it wasn’t just listening to what people said that mattered, it was also important to listen to what they didn’t say. I think this game launched my love of all things detective, spy and murder related.
My favorite murder game today is none other than murder. Life size–just like I like it.

How do you play?
Find a basement that you can make completely dark. I mean completely dark. Then gather 15-20 friends to join you. Get some face cards and keep 2 Kings in the stack as well as enough other cards so that everyone will get one without any cards being left over. The 2 people who get the Kings are the murderers.The rest are townspeople.
Have the group stand in a circle and have everyone close their eyes and bow their heads. You, as the host, ask the murders to open their eyes. The murders look at each other while everyone else’s eyes are still closed. Then you ask them to close their eyes. Then ask everyone to open their eyes. Your eyes are closed, too, unless you are a murderer. Now, turn off the lights.
The murderers can strike 10 seconds after the lights go out. When the murderers find towns people, they gently slide their hand across the front of the towns people’s necks to kill them. The dead towns person must stay put until someone who is alive finds them and yells out “body-body”. Yes, the townspeople must move around asking if people are a “body” or dead or the murderers will win for sure. The dead person can not say anything until asked if they are a body. They can’t call out or moan or anything. They are dead, after all.
Then the lights are quickly turned on. All the dead go to an area designated as the morgue and everyone who is alive gets in a circle and they have two minutes to decide on who one of the murderers is. Once they have a majority vote, the person they have accused must say whether or not they were a murderer. If the answer is yes, the townspeople get a shot at accusing the second murderer. If the answer is no, that towns person is lynched and must go to the morgue and the lights are turned out for another round.
You continue this until everyone is dead and the murderers win or until the towns people discover both of the murderers.
So, grab some friends and play murder. Just beware…it’s addicting.
Enter to win a free copy of the first book in the Watched series, Watched. Just leave a comment here about your favorite game. Please tweet with @laurapauling.
*** And just a side note from me – Laura. I love playing CLUE except no one like to play with me because I keep track of everything with tons of shorthand notes all over the slip of paper. No wonder I write about spies and mysteries!
Thanks so much, Cindy! Tell us your favorite game everyone!
Check out the sequel to Watched! 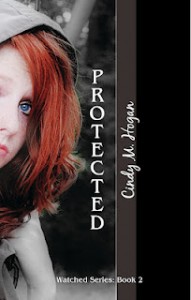 ← Nova Ren Suma and those mysterious sisters.
Walk among the dead with Stacy Green. →