Warning: scandir() [function.scandir]: (errno 2): No such file or directory in /home/content/82/6039282/html/_sites/laurapauling_com/wp-content/plugins/better-wp-security/core/modules/backup/class-itsec-backup.php on line 273
 Challenges of writing a cozy mystery with Elizabeth S. Craig! | Laura Pauling

Challenges of writing a cozy mystery with Elizabeth S. Craig!

Woo hoo! End of week 2 of all things mystery. Hope you’ve found some great reads! And now for some great writing tips!

Today let’s welcome Elizabeth S. Craig. You know her – the one who tweets all the writing and industry posts and puts them all together in a searchable data base? The one who also put together a spreadsheet of all the freelance cover designers, editors and formatters? And don’t forget all the cozy mysteries she’s authored! 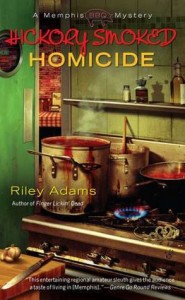 Cozy mysteries are fun to write, have dedicated readers, and are popular with publishers. Cozies, sometimes called traditional mysteries, are a subgenre in a large field of mystery subgenres. They’re primarily defined by their use of an amateur sleuth, lack of gore and profanity, offstage murder, and focus on the whodunit puzzle. These mysteries are frequently (not always) humorous, character-focused, set in small-towns, and are part of a series.

But there are challenges in writing them.  I’m going to cover six common challenges for writing traditional mysteries and some ideas for getting around them.

Challenge #1: Incorporating a popular hook or theme into your mystery without having it take over the book. If you’re writing a cozy mystery for traditional publishers, then you’re probably going to have a theme for your books. Popular themes for cozies include crafts, hobbies and food. These themes are intended to add flavor to a book without completely overwhelming the mystery. You can better keep your theme in the background if you use it as a tool for telling your story.  Consider using the hook to set up the murder (a conflict at the guild meeting), or to introduce interesting or unusual characters (who gather together at an event that the hook makes possible.)

Challenge #2—Working with amateurs. In cozy mysteries, the murders are investigated by a gifted amateur.  What this means for the writer is that you’ve got to come up with a brief and plausible reason for this sleuth to get involved with a murder investigation.  If the sleuth has a stake in the outcome, then the reader will, too. Did he have a personal connection to the victim?  Is the sleuth a suspect?  Is someone close to the sleuth a suspect?

Another problem the mystery writer will face while working with amateurs is that they won’t have access to all the information that the police will have at their disposal. You’ll want to make sure that either the sleuth is able to obtain insider info from the police (time of death and method is really enough—an overload of details isn’t needed) or else you’ll need to make sure the sleuth already knows the basics…maybe he discovered the body and saw the knife sticking out of the victim.  No forensic data needed.

Challenge #3—The number of suspects.  A cozy mystery will run about 75,000 words.  Suspect numbers can get a little tricky. You’ll want enough suspects to ensure that the killer’s identity is a surprise, but not so many that the reader forgets who they are. I usually like five suspects, killing one in the middle of the book. One of my editors prefers four or fewer. 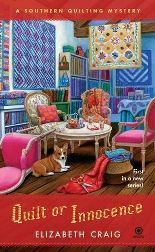 Challenge #4—Making it fair while keeping it a mystery until the end.  The clues need to be scattered throughout the book, but the reader doesn’t need the equivalent of a neon sign pointing out the clue. Find a way to lay the clue but to distract attention from it—maybe another suspect arriving on stage? A sudden argument between the sleuth and another character? Or even a red herring that seems like a more important clue (the discovery of a will, etc.)

Red herrings should also be fair to the reader. It can be frustrating when a red herring lasts from the book’s beginning to its end and then peters out when the sleuth realizes it’s completely unimportant. It might be better to lay many red herrings and have new ones crop up when others are disproved.

Challenge #5— Working within the strict genre guidelines while ensuring the story is engaging. These stories are fairly gentle, although they should be fast reads.  This contradiction is a challenge to work with.  Unlike other mystery genres, you won’t see a high body count, forensic investigation, or sex and profanity.  Instead, you’ll need to keep the readers engaged through the puzzle itself and the characters. The people populating your story need to either be characters the reader wants to spend more time with or else need to be people that the reader is intrigued by and wants to learn more about.

Subplots can help to move things along and add more flavor to the book. Where your reader has to wait until the end of the book for the mystery to wrap up, you could have a subplot go through an entire, satisfying arc before reaching the novel’s conclusion.

Challenge #6–Keeping it fresh.  If you’re writing cozies, you’re probably writing a series. The important thing with series writing is to keep the readers engaged and your stories fresh.  We’ve all read series where the author has recycled an old plot and stock characters. There are different ways to keep your series from going stale.  One is to have your main character grow through the series (personally or professionally or both.) You can also experiment with secondary characters—bringing in new characters to interact with your protagonist and either antagonize or support him.  Writers could introduce a completely new element with each book—a new setting, new relationship, or a new challenge facing the protagonist.

Do you write or read mysteries?  What challenges do you see for writing one?

She’ll be giving away one of her books so please tweet and comment for a chance to win!

24 Responses to Challenges of writing a cozy mystery with Elizabeth S. Craig!