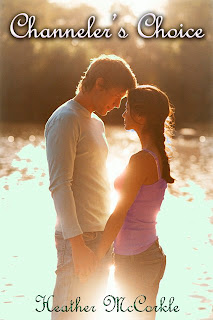 Friday 5 – Changing with the times, blogging, and chocolate chip cookies.

Friday 5 – Changing with the times, blogging, and chocolate chip cookies.

1. Just in case you didn’t know – which how could you not – Alex J. Cavanaugh’s sophomore book, Cassafire was released! He’s in the middle of a blog tour so go check him out if you like science fiction. (And everyone says, yeah, no kidding, Laura.) 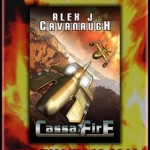 2. My blog will be changing with me. I’ve given this a lot of thought now for weeks. I don’t do anything without a plan or research. Starting next week my blogging schedule will be morphing. On Mondays I’ll post about anything and everything related to my tagline: Savvy Spies, Murder and Mystery. I mean anything. Writing posts. Guest posts. Book reviews. Movies. Fun tidbits. Background information on A Spy Like Me. You name it.

On Thursdays I’ll be blogging about the changing industry and my self-publishing journey from the decision to ISBNs to marketing. I hope to bring in more experienced authors for guest posts. Because I never want anything to be just about me. But some of you have been curious.

And on Wednesdays and Fridays you’ll see the occasional blog tour post because a big part of the reason I started blogging was to support my friends and their books.

3. If any of you out there have the recipe for the perfect chocolate chip cookie, I’m open to it. Leave the recipe in the comments. Or email me. Seriously.

4. I downloaded Talli Roland’s book, Build A Man. And totally fell for the first chapter. Can’t wait to read the rest. 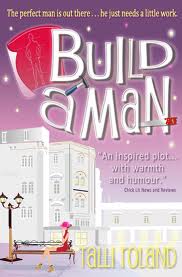 5. And next Monday I’ll be revealing my cover over at YA CONFIDENTIAL. Yay! (And they’re having a huge giveaway right now) Thanks so much to the secret agents who run that blog. And here on Monday, I’ll offer a sneak peek at A Spy Like Me, and a giveaway to celebrate!

Enough about me. Give me the scoop on you. Anything new?

Friday 5 – The iBook Author App and agents as publishers.

1. The iBook Author App has had me excited since it was announced. One author has already fooled around with it and loved it. And her book is on sale. Check out her thoughts on it.

4. Unfortunately, I don’t have an iPad and don’t know when I will. But I have connections and when the time is right I can borrow one to preview any iBooks. But honestly? My focus right now is self publishing my first book. I’m excited to learn coding (the nerd in me). My computer teacher from high school would faint because I could not program at all. The kind boy next to me passed the class for me. But this feels different, a bit easier than C+.

So I’ll upgrade and experiment someday, it just won’t be right now. But sometimes it’s hard to shut off my brain. I’ve never been so inspired to write. (But that’s partly due to my decision to self publish too.)

5. And the ARR announced that agents as publishers is a conflict of interest! Kristin Nelson posted about it today. And in the future she will talk about her agency’s model, which has been approved!

My kids are home today because of icy roads. I’m signing off for the morning to get some writing in and them help them with at-home school work so we don’t have to make up this day at the end of the year! I’ll be visiting everyone later! Have a good one!

Friday 5 – Tough questions about “brand” for you to answer.

By Laura on September 30, 2011 in Friday 5, publishing industry, social media 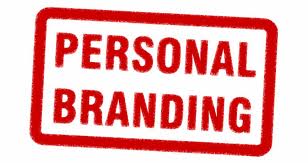 I’ve seen lots of posts on branding. Everything from it’s a must to just be yourself. I’ve seen many different ways to go about it, the strict brands of paranormal romance, horror, classic middle grade, dystopian; to it being more about great writing.

Here are five questions swirling around in the gray matter of my brain. Pick one and answer in the comments.

1. Do you believe a writer can create a true brand before they even have a book or two out? Do you think about brand before you start a story?

2. Do you think brand equals genre you write in?

3. How many of you find the idea of a brand a bit constricting? Or do you not worry about it at all?

4. Have you ever been upset with an author that wrote a different story from what you were expecting? And did you get over it?

5. Do you think creating a brand is a make or break thing for a writer? Do you think an author can brand their career to a certain death when the trends change?

I’ve heard blurbs don’t really work. Well, I took out a book I’d never heard of from the library because of a blurb. On the back of the book, Kate Messner said the book was funny, warm, and wonderful – full of the everyday magic of true community. The book is One Day and One Amazing Morning on Orange Street by Joanne Rocklin. I’m not even half way through, so I can’t really comment yet. But it will fall into that classic type of Middle Grade.

I have lots of great books lined up to read. Stampede Fever by Anya Winter and Burn by Addison Moore. I have the sample of The Clearing by Anne Riley and thought the first chapter was incredible and will most likely purchase.

Mainly through buzz online I am patiently waiting to order these books. Imaginary Girls, Hourglass, Wildefire, Between…and there was one more and I can’t remember the title! Ack! #ifyouknowsendmeatweet Only three of them will be hardcover and the others on my Kindle, but I’m not saying which. And I’m patiently waiting for a certain arc to arrive in the mail.

I am still debating about blogging about writing. My opinions are not fully formed yet. (Actually, I’m very opinionated, even if I’m wrong, so I’m trying to figure out if my strong opinions hold any weight.) I loved Roni Loren’s post on the subject. I love that we’re all trying to figure it out together.

Big question. I have two Kindle books on my Mac and I can’t figure out how to transfer them to my Kindle. They were sent to me free as a file, which is why they are on my computer. I’ve tried to email them to my Kindle and it doesn’t work. Does anyone know what I should do?

If you don’t know the answer to that: what books are you excited to read?